Need to Stop Nailbiting in Yourself of Your Kids?

Nailbiting is an extremely bad habit!

And my teen daughter has been an overly dedicated nailbiter.

Every time I glance her way she’s chowing down…constantly.

Enter this super fun trick that will stop nail biting in your kids — guaranteed!

Psst! It even works for adults too!

I love getting pedicures and manicures and have treated my daughters to them as well.

However, frustration overwhelms me when I see those perfectly polished nails chewn to bits after only two days!

Does that irk you too?

How to Stop Biting Your Nails

My mom and I were chatting on the phone the other week and she asked me about nail-biting.

She really wanted to stop, but wasn’t sure how.

I knew then that I had to stop my daughter before it became a life-long habit.

A habit in childhood is much easier to break than a habit in adult life.

I truly thought it was my job as a mom to help my daughter break this bad habit — even if she didn’t think it needed breaking!

My mom is the same way as my daughter — all the typical tips and tricks simply don’t work.

My daughter needed something more drastic.

Something that would trigger a strong desire in her to quit her nail-biting — once and for all.

Nailbiting is a Bad Habit that Has to Stop

I had a similar situation with a thumb-sucker four years ago.

It had gone on too long and needed to be broken.

We followed a similar pattern to break her habit and it worked perfectly.

But we also developed a complete points system for small, recurring bad habits!

She stopped sucking her thumb and was so happy her habit was broken!

There were a few tears in the beginning, but soon those tears turned into smiles, and then happy giggles of triumph!

She was thrilled she wouldn’t be a thumb-sucker for life!

The situation with my other daughter is a bit different.

I decided to approach her bad habit a little differently.

If you have a toddler with bad habits, we have another article for toddlers!

Think with me now.

What is something your child or teen loves?

Something they would do extra chores for?

Something they would wish or work for?

That is your secret weapon.

Find Something The Nailbiter Loves as a BIG Reward

My daughter is a hard-worker and a money-saver.

She loves to earn money, and her siblings know that.

If they want out of a responsibility, they call her over, offer her their job and payment.

Rarely does she turn a job down!

It didn’t take me long to find a motivational reward for my daughter.

You guessed it — money.

I knew I couldn’t just hand her $5 — nope, not this money-saving teen.

It had to be worth the hard work to stop biting her nails.

After all, she rather enjoyed it.

It was something to keep her busy when she had to sit still.

It was something she could do when she felt nervous or pressured — and now, what would she do?

So, I raised the stakes and offered her $20 to stop biting her nails for five days.

Her sister piped in, “I bite my nails too!”

She immediately became the object of envy.

Don’t Be Skimpy with the Nail-biter’s Reward

She pondered a few minutes, looked at her nails, smiled and agreed.

Now, you brainstorming moms out there are probably thinking, “Why five days?”

Because it was a goal she could fathom and reach.

When encouraging your kids to reach goals they get frustrated and lose motivation if it’s too far from reach.

Five days doesn’t sound too daunting to a child, but 30?!

You’ve got to be kidding!

I wanted, no, I needed my daughter to use every ounce of motivation I could give her…she had a yucky addiction!

Throughout the week I saw her lift her hand to her mouth, only to put it back down as she remembered that $20 that was so close to reach.

In fact, she came to me laughing one day saying, “Mom, over and over I catch myself getting ready to bite my nails, and stop!”

Your Child Can Stop Biting Her Nails and So Can You!

She was actually excited about stopping her bad habit!

She wants to have long, beautiful nails and less germs in her mouth.

In fact, we’re going to buy new polish and nail art to celebrate — with sparkles!

Most of you are probably wondering what do you do after the five days?

After You Break the Nail Biting Habit, Then What?

With my experience, both of my children chose not to go back to their bad habits.

Once they were broken, they felt relief.

No one pointed out their bad habits anymore and they knew they didn’t have to have those props for comfort.

They had learned to use other things for comfort, and those comfort items could stay, while the bad habits had to leave.

This formula has worked for my kids every single time.

But, if there was a child who was the exception to the rule, I would probably try the same method again in a few weeks, and find a more motivating prize.

So, What’s the Trick to Stop Nail-biting?

Brainstorm about a reward that would motivate your child.

It needs to be something way bigger than normal, and trust me, it’s worth the investment!

Then, give your child a certain cut off date.

I have found five days to work best.

For younger kids, you can use a chart to mark off the days or make paper rings for the countdown.

Anything visible is a great reminder to keep going.

My daughter just needed verbal reminders, plus she has five siblings making sure she keeps her side of the bargain!

I always give my kids three strikes.

If I see them biting their nails three times, the plan is over — no reward.

If Your Child (Or Yourself) Bites Nails, Don’t Give in!

Don’t give into the temptation to give a reward to a child, or yourself, if nail-biting commenced before the five day period was up. Instead, start over until she is able to go five days straight without biting.

Not one little nibble…;0)

Gently remind and encourage them throughout the day about your plan and the reward waiting for them at the end of the no nail-biting period.

Seriously, This is the Best Habit-breaker Plan I Have Ever Tried for Kids

It works for just about any bad habit, but you can only concentrate on one at a time…so we chose nail-biting!

What about your family?

Did you find a solution to nail-biting?

I would love to hear it! 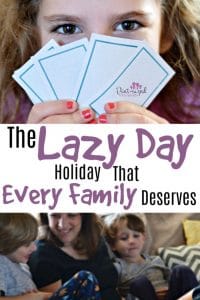 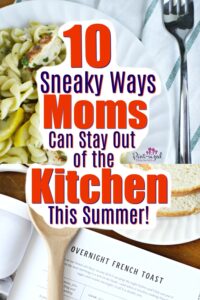 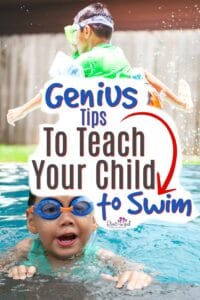 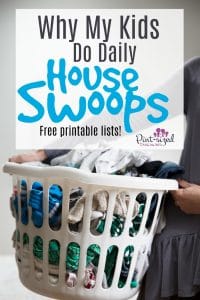 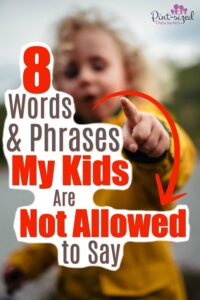 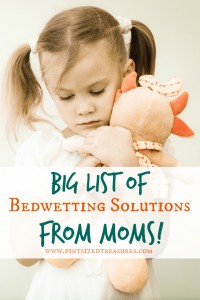